Included below are homes for sale in Grand Rapids. If you would like more information on any of these Grand Rapids real estate listings, just click the "Request More Information" button when viewing the details of that property. We can provide you with disclosures, past sales history, dates and prices of homes recently sold nearby, and more.

And, if you haven't already, be sure to register for a free account so that you can receive email alerts whenever new Grand Rapids listings come on the market.

If you're interested in learning more about Grand Rapids, check out our Grand Rapids Community Profile below!

Living in Grand Rapids: Things to Do

Given that Grand Rapids is the economic and cultural hub of West Michigan, there are no shortages of things to do and ways to stay entertained year round. In the summer time, you'll find the city alive with a buzz of activity. Numerous festivals, and concerts occur throughout the summer such as Art Prize and the International Festival. You'll have no shortage of concert oppotunities as Grand Rapids is home to venues such as Van Andel Arena, The Intersection, The Listening Room at Studio Park, and GLC Live. Hosting the tours of artists like Justin Beiber, Garth Brooks, and other major stars, your concert selection rivals most major cities! If something more classical is your style, DeVos Hall consistently hosts the Grand Rapids Symphony and touring musicals from Broadway.

When you're not at concerts or sporting events, theres a good chance you'll find yourself at one of the many amazing restaurants and/or breweries in Grand Rapids. Nicknamed "Beer City", Grand Rapids boasts a number of award winning breweries such as Founders Brewing, Seven Monks, Brewery Vivant, Harmony Brewing, and Mitten Brewing. Grand Rapids also has many local food staples such as Donkey Taqueria, MDRD, Reserve, Rockwell Republic, Brick and Porter, and many others. If you're looking for a specific cuisine or drink, theres a high probability that you can find it in Grand Rapids.

Health and Wellness in Grand Rapids

Grand Rapids is Nationally recognized as a leading medical center, so much so that it has a stretch of city affectionately known as "Medical Mile". Home to organizations like Spectrum Health, Mercy Health, Metro Health, and the Van Andel Institute, there is constant medical innovation and research taking place. For the day to day, Grand Rapids offers a variety of stores and farmers markets for fresh produce. Places like The YMCA, MVP Sports Club, and the Kroc Center are popular ways for people to stay healthy year round!

Grand Rapids, as we've already stated, is the Economic Hub of West Michigan. Spectrum Health is the largest employer in the region, but there are a number of other large employers such as Meijer headquarters and stores, Wolverine World Wide, Universal Forest Products, American Seating Company, Amway, Steelcase, Bissel, and GE Aviation Systems to name a few! Grand Rapids also boasts numerous organizations such as the Grand Rapids Chamber of Commerce, Start Garden, and the Right Place to assist and foster businesses of all sizes.

Like most cities, Grand Rapids does offer a public transit system. In the downtown area, the free bus shuittle is a great way to get around without having to walk, especially in winter. There are also rentable electric scooters, self driving shuttles, uber, and lyft. If you're looking to travel a little further, the Amtrack station in Grand Rapids will allow for easy commuting to Chicago and the Gerald R Ford International Airport will connect you to most places in and out of the country either directly or with one layover! 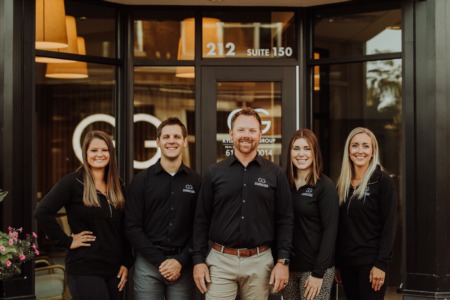 Home Ownership
Your House Could Be The #1 Item on a Homebuyer's Wish List This Season!
BY Kyle Geenen
View All Blog Posts

Your House Could Be The #1 Item on a Homebuyer's Wish List This Season! 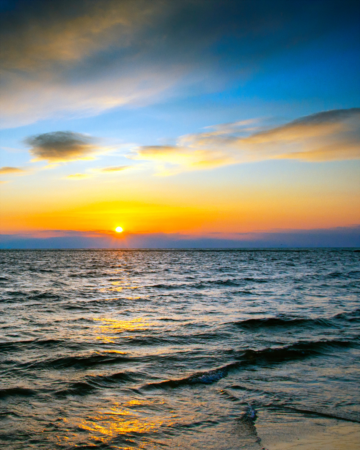