Included below are homes for sale in Holland. If you would like more information on any of these Holland real estate listings, just click the "Request More Information" button when viewing the details of that property. We can provide you with disclosures, past sales history, dates and prices of homes recently sold nearby, and more.

And, if you haven't already, be sure to register for a free account so that you can receive email alerts whenever new Holland listings come on the market.

For more information on the Holland Community, take a look at our Holland Profile below!

Chances are, if you're reading this you have some interest in learning more about the amazing Lake Michigan community of Holland! The Holland community offers plenty of amazing amenities and opportunities for a variety of interests. We've outlined a number of those down below!

One of the main draws to the Holland area is Lake Michigan. You'll find Holland residents often spend their free time on Holland's beaches and shoreline. The lake is part of life year round, from watching sunsets on the pier in the summer, to exploring ice caves and watching icebergs in the winter.

if you're not at the beach, you'll most likely find yourself in Holland's downtown. Downtown Holland is an incredible compilation of shops, galleries, and incredible food. It also is the largest snowmelt system in the U.S. which means that during the winter Holland's downtown stays very comfortable and walkable! Chances are you'll be enthralled by both the downtown and Lake Michigan Lakeshore as Forbes Magazine listed Holland as one of the 15 prettiest towns in America. And if the downtown and lakeshore arent enough exploring for you, there are an additional 500 acres of public parks!

In addition to the normal activities of boating and exploring downtown, there are plenty of other ways to get involved in the community! There are robust opportunities to involve kids in school sports or youth sports leagues - there are even adult rec programs you can join!   As the summer months transition into winter, you'll find that there are still plenty of opportunities for skating, sledding and skiing availabel to help beat the winter blues.

When the warmer months roll back around, Holland shifts gears and jumps into it's annual Tulip Time Festival! Tulip time is one of the most beloved and biggest festivals in Michigan, attracting people from all over the world. Within the first weeks of May, thousands of beautiful tulips bloom all over Holland, drawing people in to see the dazzling displays of color. Outside of providing a unique way to experience Dutch culture, the festival also includes a carnvial, parades, a bike race, a 5k run and more!

Learning and Education in Holland

Holland is home to two different public school systems, a number of chater academies, and other private schools - many of which have recieved national recognition for excellence in academis and athletics. Holland is also home to Hope College, a private four year liberal arts college. The college boasts an incredible science program as well as national accredations in art, theater, dance and music.

Holland is known for being an incredibly walkable and transportation friendly community. There are endless sidewalks connecting the downtown to the rest of the neighborhoods in Holland. Inside the city limits there are also bike lanes on most every street. On the Northside there are numerous miles of bike and walking paths as well, that allow for easy access to the Holland State Park and Lake Michigan. Holland also boasts an airport, public bus system, and the Amtrack which allows for easy commuting to Chicago from Holland!

The greater Holland area has a number of larger employers such as Request Foods, Gentex, and Heinz. However the Holland community is also incredibly welcoming to small businesses and entrepreneurs. The West Coast Chamber of Commerce offers many different opportunities for support if you're a small business owner or entrepreneur! 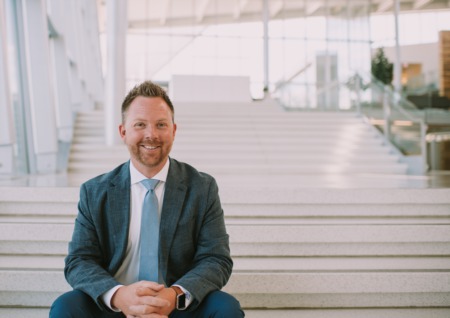 Expert Insights On The 2022 Housing Market

The Benefits of Lake Michigan Living